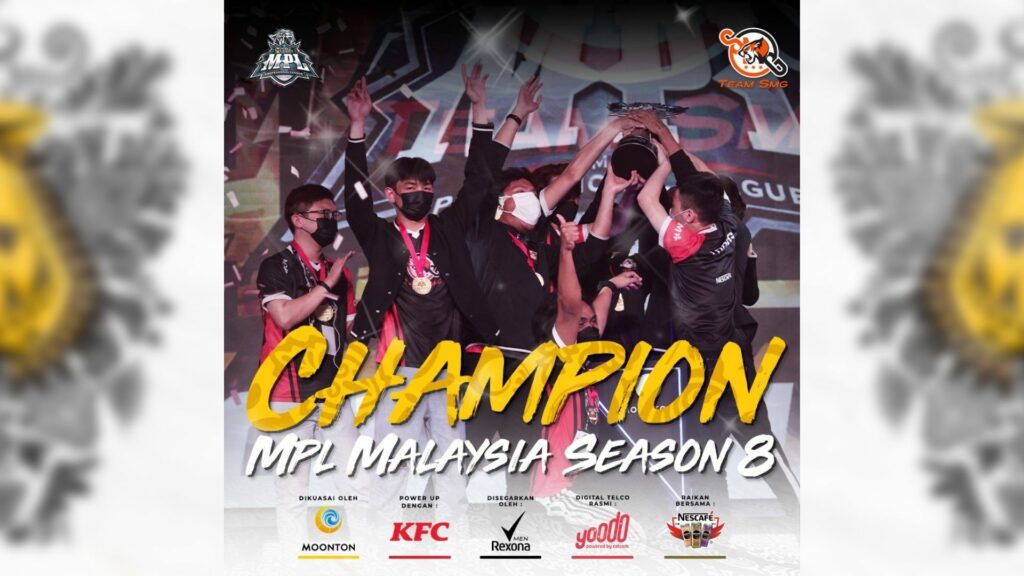 The orange tigers started strong in the upper bracket by defeating Todak and top-seed Orange Esports to qualify for the grand final.

In the lower bracket, Todak went ham and swept Homebois and Geek Fam. They then narrowly defeated Orange Esports, 3-2, in the semifinal series. With the win, Todak booked another rematch in the grand final.

Surprisingly, the MPL MY Season 8 grand final was a lopsided affair, as Team SMG gave no breathing room for Todak in all four games.

Former ONIC Esports Indonesia’s Lu “SaSa” Khai Bean, who was pivotal in ONIC Esports’ championship run in MSC 2019, was laser-focused all throughout the series for Team SMG.

SaSa was later proclaimed the MVP of the series after a dominant performance in all four games. On Clint in the game two, he was able to shut down Todak using a marksman who isn’t meta in the current competitive climate.

First runner-up Todak will have another chance at redemption as they have also qualified for the M3 World Championship, their third appearance in the most-awaited Mobile Legend: Bang Bang tournament of the year.